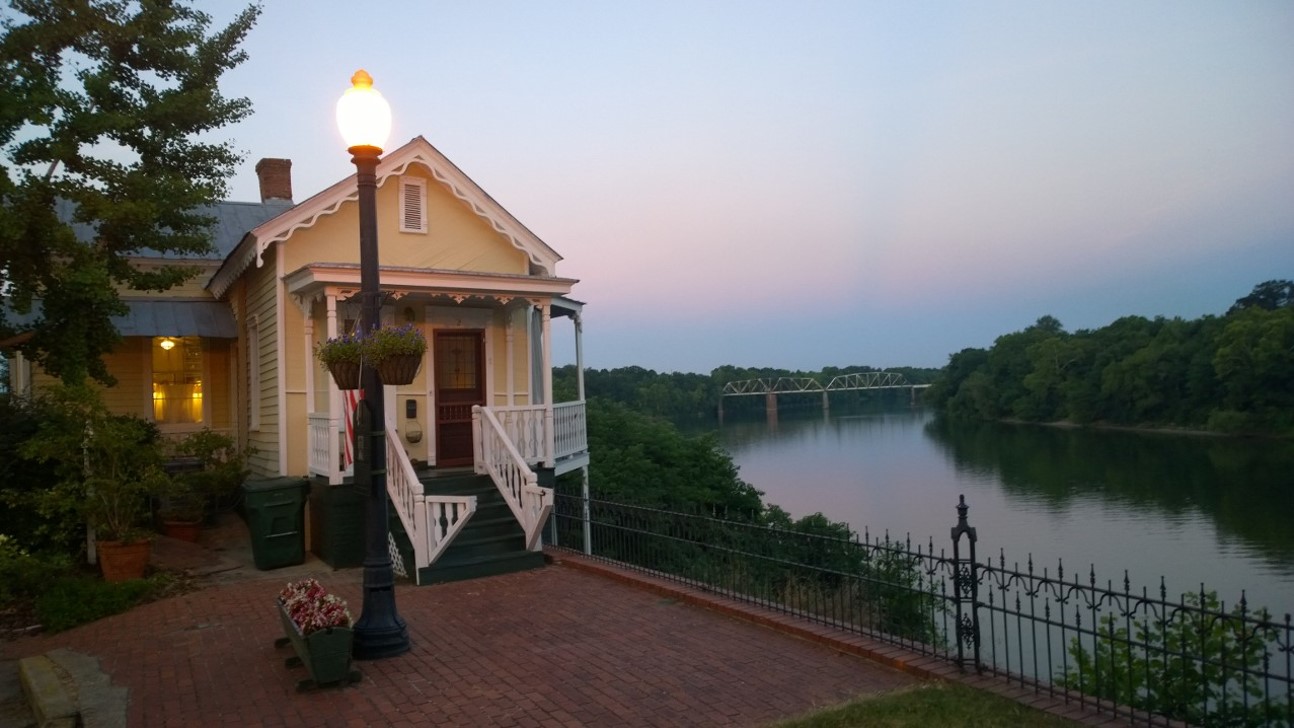 Above: The Bridge Tenders House near the Edmund Pettus Bridge

Selma is historically known for being a pivotal battleground of the Civil Rights movement and the events that led to Bloody Sunday on the Edmund Pettus Bridge. It nationally publicized the disenfranchisement Black voters faced in trying to register to vote and led to the Voting Rights Act of 1965. Today, Selma attracts visitors who wish to see the history, whether traveling independently or following the Civil Rights Trail. The anniversary of Bloody Sunday has become a critical acknowledgement each year, drawing political figures and celebrities from across the country. In 2014, Ava Duvernay directed the film Selma which depicted the events of Bloody Sunday. Recently, Selma has returned to the spotlight thanks to the findings of NPR’s podcast White Lies, which explores the murder of Reverend James Reeb.

Selma has been at the center of racial injustice and historic events, but there’s more to the city that extends beyond the Civil War to Civil Rights, and that’s what people tend to forget. Located in Dallas County, the city has faced difficulty as the fastest shrinking city in Alabama while the county lost 12.57% of its population from 2010-2018. The population loss is endemic of population loss across the state and even with national attention from celebrities like Oprah, the challenge remains of convincing people to stay.

However, the city has a reason to be hopeful. Tourism alone generated $71 million in revenue and the county has seen capital investments totaling $600 million dollars in 2018. Nevertheless, 5,200 people enter Dallas County to work, but aren’t living there. How do you attract that same talent pool or people at large to the area? Like anything, there’s not a singular solution, but it starts with people who care that live in the area and who are invested in seeing its success.

AC Reeves is one of those people. She is a self-described whole-hearted busybody ex-helicopter mom who has been loving up on Selma for the last 22 years. Together with her former business partner, they bought four multipurpose buildings as part of a historic tax credit and created four retail spaces and 16 lofts, five of which Reeves still uses as part of her Airbnb business, Woolworth Lofts. She wants to highlight all Selma has to offer, so she collaborated with local artists to help create a monthly art walk, which now incorporates music and food and helps activate downtown, called 1st Saturday Selma. Reeves champions revitalizing Selma, but recognizes the racial and historical trauma of the city.

“What I have found is, first off, She (Selma) is a 12 layer cake and despite my single-minded focus on figuring Her out, I have only made it to the third layer. So many different beliefs, so many different walks of life, and we are all up in each other’s grills, and we are still trying to figure it out. Unlike other communities, we cannot opt out of this conversation of privilege, perspective, and power. My goal is to offer people more to see when they come to take their obligatory photo at the bridge, so they can see us as the broken, beautiful, fertile ground community that we are,” Reeves says.

“Lots of people have left this community I call my adopted hometown because they just can’t handle the dysfunction: being associated with what occurred on the Edmund Pettus Bridge or just want to opt out of the conversation we as a nation need to enter into. I would say that She, Selma, is at a “bathroom floor” moment, where it is time to realize that working together is all we need to do, but if we don’t, we’ll be hitting rock bottom soon. And when I say working together, I am not saying it on a race level. Sure, there are always going to be race issues in our country, but from my lens, racially we get along better in Selma than anywhere else I have lived. When I say working together, I mean breaking down all the silos we have created that keep us from getting things done.”

Reeves sees her business as an opportunity to change the narrative of how people view Selma. Her tours extend beyond the history people might be familiar with and take a deeper examination of  the city’s history. By getting people more involved and visiting, they can become better informed about how these events relate to the city and the area, but more importantly understand how Selma is moving forward.

“Come to Selma and let me give you a tour: AC’s Selma Sampler Tour, a taste of this 12 layer cake I call home. Let me be the concierge and introduce you to this 12 layer cake. Stay at my Airbnb or the others that have popped up over the last year. Spend money with us. I know we do not make that easy, but I am working on it. We need to be seen and to be heard. You cannot come see us without preconceptions, but you can come with an open heart to this community with love as your intent. When Selma is loved and not shamed, she will heal. When she heals,  I believe she will change the world again. Come help us change the world again, come visit and see us for yourself!”

Experience what Selma and AC have going on for yourself. To keep up with what’s coming next, follow her project.