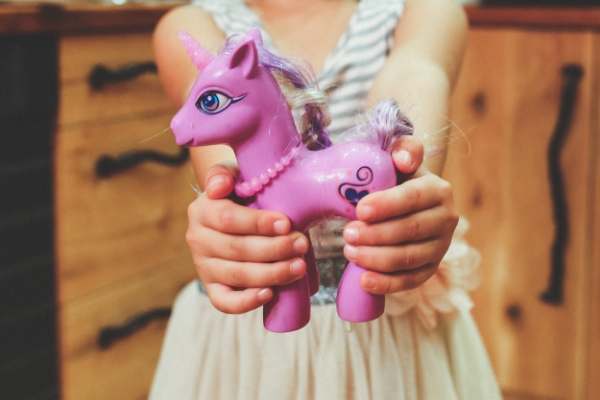 There are more than 80 “unicorns” in today’s global startup industry. That means there are more than 80 privately-owned and venture-funded new businesses with valuations of over $1 billion. While we could talk all day about the tech “bubble” and whether or not these valuations are reasonable, these companies are clearly doing something right. Here are some lessons that you can take away from the unicorns’ recent success.

Uber is a great example of a startup that embraced the word “disrupt.” For decades, the world has continued to operate with the concept of taxis. If you needed a ride somewhere, you hailed a cab on the street or you called a phone number and asked to be picked up. This model results in drivers making laps around the city during their working hours waiting to be flagged down and riders desperately hope that there’s an available car that drives by when they need it. Instead of sticking with the existing solution, Uber turned it upside down. Uber moved the requesting process to smartphones and gave riders a real-time estimate for when their driver would arrive. Uber also hired drivers as independent contractors, allowing them to work whatever days or times they wanted to work. Don’t try to color inside the lines as an entrepreneur. Draw your own picture.

The more people that pay you, the better.

Most people don’t know how AirBnB makes money, but it’s genius. The app and the website are free to access and browse. When a traveler chooses to book an available property from the owner, AirBnB charges the traveler a fee and also charges the host a fee, resulting in two paying clients per rental. The service’s users are happy, though, because with the fee split between traveler and owner, no one feels like they’re paying too much. Take a hard look at your startup’s monetization strategy and ask yourself if there’s any way you could be charging additional people for use of your service.

One man’s trash is another man’s treasure.

For as long as man has been launching rockets into space, we’ve been leaving trash in space or letting it fall back through the atmosphere to burn up. Elon Musk and SpaceX, though, saw huge opportunity in reusing the first stage of a rocket, which has always been considered trash after launch. SpaceX is still trying to successfully land a first stage that can be reused, but when they’ve met that goal, the cost of traveling to and from space will become significantly cheaper. Just because everyone else throws something away doesn’t mean you have to do so, too.

Look for the problems staring you in the face.

More and more people are choosing to work as freelancers or start their own independent businesses. As a result, a lot of businesses today do not have physical locations or storefronts. This makes paying for goods and services more difficult, as customers increasingly only carry cards instead of cash or check. Nearly every consumer has been in a situation where they wanted to buy something, but the retailer only took cash. Square saw the problem and addressed it head-on. Where running a credit card used to require a hard-wired connection and a plugged-in card reader, Square took the opportunity to cut the cord. Now food trucks, freelancers, artists, and even brick-and-mortar stores are opting to use Square’s wireless solution for processing credit card payments. A problem that everyone faces doesn’t have to be everyone else’s problem. If you can solve it, you can sell it.

Figure out why people want something, not simply what they want.

The recent launch of Apple Music has created a big threat to Spotify, but as of now, Spotify is still a unicorn. What Spotify did that turned the music industry on its head was to realize why people wanted music, not just identify that music is desirable. Spotify capitalized on understanding that with the internet, consumers didn’t feel the need to own music as long as they could listen to what they liked when they wanted to listen. Suddenly, for a small monthly fee, listeners had access to a music library far larger than what they could have possibly amassed on their own – and they could choose specific tracks to play whenever they wanted. Learn why people want something and you may discover a new way of satisfying that want.