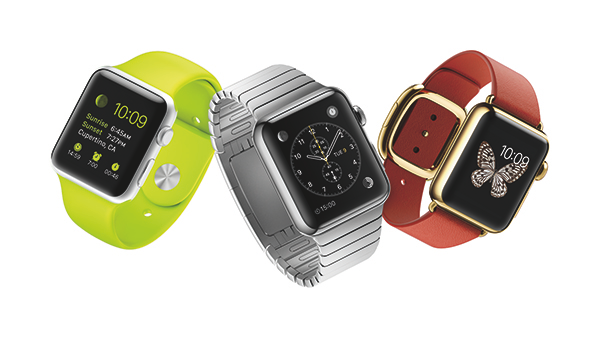 We can talk about price, materials and software all day for the Apple Watch. I think the killer feature for the device is that it will be timeless.

This is something particularly desirable for the Apple Watch Edition. Regardless of how much money someone might have, it’s very hard to sell if a watch that costs more than $10,000 will need to be repurchased in a few years to stay functionally relevant. It also immediately puts the dream of ever owning an Edition out of the mind of any person who might want to save over a long period to purchase a high end timepiece. A watch, unlike our phones and tablets, is often not a piece of disposable fashion. We pass them down over generations. For even moderately nice watches, it’s not unreasonable to expect a watch to outlive us.

If the watch will be upgradable, how do they do it? Apple is not in the business of trade-ins, so I don’t think that’s the solution. I think Apple’s already shown us how the upgrade will work. Looking at the bottom of the watch I was immediately reminded of the design of the Mac mini. The disc shaped cap on the bottom of the mini can be removed to access the innards of the machine. The watch has a cap on the bottom that looks remarkably similar. This cap will allow a technician to access and upgrade the parts of the Apple Watch to the latest system on a chip. The fact that the chip has been sealed in resin makes the process even easier, as it greatly reduces the potential for damage as the chips are swapped in such a small space. Apple has also gotten very good at replacing screens with precision, which will allow for the screens to be upgraded in the future, as well.

People will think of it as taking their watch in to get tuned up and polished. In a matter of a few hours or days, the watch will get a new chip, battery, and possibly a new display. The body and strap will remain the same. When they get the watch back, they’ll have the latest features and be ready to keep wearing their timeless piece of tech. I think the price of the upgrade could be in the range of $250, based on the current $350 base price for the watch. This makes it reasonable that someone with any level of watch could upgrade, or for just $100 more they could buy another watch to get the latest tech.

With the bit of talk about the Watch thus far, Apple hasn’t mentioned this feature. I think it’s going to be a surprise tomorrow to quiet the naysayers on the “high” prices they’ll announce, and it also puts them immediately miles ahead of any other company making a smartwatch or watch-like wearable.

Apple has made it no secret that they expect the Apple Watch to change our perspectives on technology. Upgradeability would make the Apple Watch the first heirloom level piece of digital technology in a world that has become more and more about disposable and temporary devices. That would be historic.